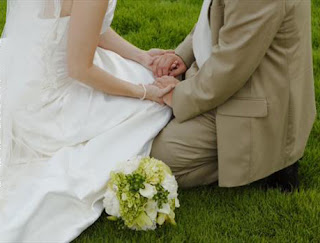 In honor of this milestone, I'll tell you about another one. The other night, Tuesday, I think it was, I burned my first dinner. Actually, to be more specific, I burned a couple of tablespoons of extra-virgin olive oil on the bottom of the oven, not dinner. But there was plenty of smoke, some mad towel-waving to keep the smoke detector from going off, and even a flame or two. Wes was so proud.

See, what had happened was, I was trying a new recipe from my new Barefoot Contessa At Home cookbook (if I ever figure out how to make live links, I'll give you the recipe). I planned to serve my Chicken Piccata with my go-to recipe for asparagus. Snap off the ends, place on a cookie sheet, sprinkle with olive oil, salt and pepper and little minced garlic and bake until tender. Pretty easy, and I've done it a handful of times. This time, however, I decided to be "smart" and put the garlic bread on the same cookie sheet and pushed the asparagus to the end. Turned out to be not-so-smart, actually, because the olive oil dripped off the end, smoked like there was no tomorrow and sent me (and the cat) into a little bit of a panic. So now I guess I can say that I've burned my first meal, and since all of it was still completely edible (and tasty, to boot!), I'll take it.
Posted by Jennifer at 3:06 PM 1 comment:

Dang, I've always hated intro paragraphs. So I'll think I'll just skip that part - it's my blog, right? I'm writing because I think this is a pretty groovy way to keep in touch with folks and a fun little record of mine and Wes' first year (or more, we'll see) together.

A little about us: we met while working in orientation at Auburn University. Wes now works in project management for a big construction company, and I maintain the Web site for a premium shelter magazine. We were married June 30 on the most beautiful, blessed day of our lives. It was awesome, and I'm still not over it. After a fabulous honeymoon in Charleston (aka, the most lovely, charming city ever), we're just plugging away at life, trying to spend time with each other, our families and friends and our cat, Peepers.