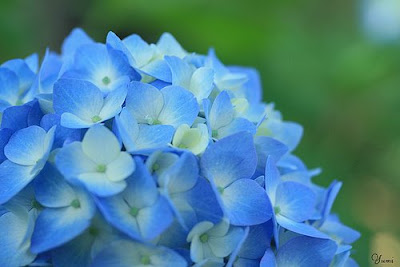 Photo by Flickr user *Yumi*
Hydrangeas are blooming all over our neighborhood. They are, hands down, my favorite flower, and though I am really trying to "admire without the need to acquire" while on my evening walks with Maddie, seeing them all over the place makes me feel two things: Jealous, and sneaky. 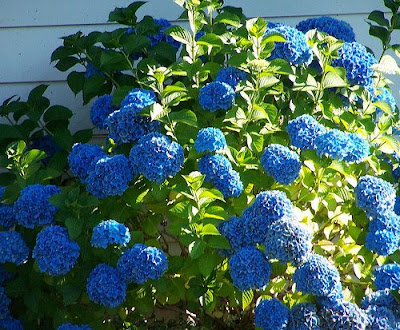 Photo by Flickr user JojoDee
Jealous for obvious reasons, but sneaky because of a little operation I had going on the last summer I was in Auburn. My friend SM called it "Operation: Hydrangea." I guess I was a poor college student who desperately needed a little beauty in her life, and as they say, desperate times call for desperate measures! 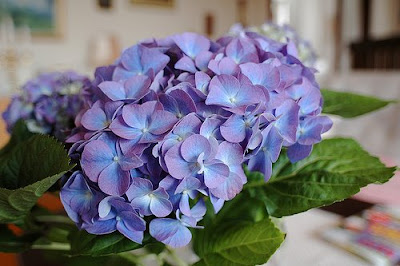 Photo by Flickr user hkkb
I can't really believe I did this, but I used to drive around town, scissors in hand, looking for out-of-the-way hydrangea bushes, and come home with enough to comprise a lovely bouquet. Eventually, I had two reliable spots: One behind an empty duplex near my house, and a couple of bushes so full that they spilled into the street. 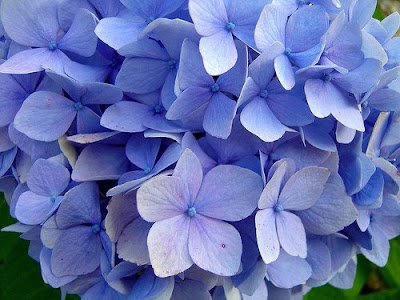 Photo by Flickr user summerbloomz
This particular yard probably had 30 or more hydrangeas, so I justified my thievery by assuming that the homeowner must have loved them as much I as I did, and would surely understand my plight if she caught me harvesting blooms from the bush on the very edge of her property. It really is a wonder that I wasn't arrested for trespassing -- or worse! Photo by Flickr user aniika
Birmingham is not as conducive to Operation: Hydrangea as Auburn was, so for now, I'm content to buy an occassional bunch at the grocery store. I've even discovered a trick to making them last longer: Submerge the heads in water for a few hours (or overnight if they are wilted) and they come out nice and firm and will last an extra couple of days. But here's to hoping one day my backyard harvest will look a little bit like this: 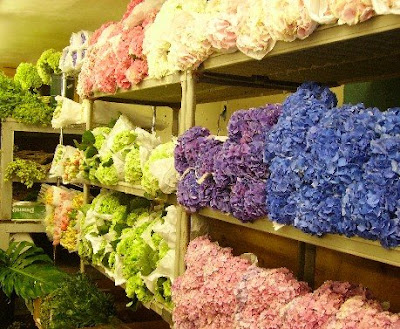 Wishful thinking, for sure, but you get the idea.
Posted by Jennifer at 10:55 AM

I love them too. "Spilling out onto the street"...totally fair game! :)

I LOVE HYDRANGEAS!!!
my wedding bouquet was a big fluffy ball of hydrangeas!

Thanks for the tip. I don't have any in my yard either! :(

i need to tell you about a little powder substance called "root hormone". I rooted some hydraneas last summer and they are growing strong!
love this post! of course!

Hydrangeas are my absolute FAVORITE! I'll admit, I have snuck around my neighborhood. I'll throw my car in park, jump out, cut a few and speed off. Oh the thrill! ha! Happy hunting! Oh, and we bought some small ones from Lowe's last year- $6 each. They're doing GREAT. Go get you some!