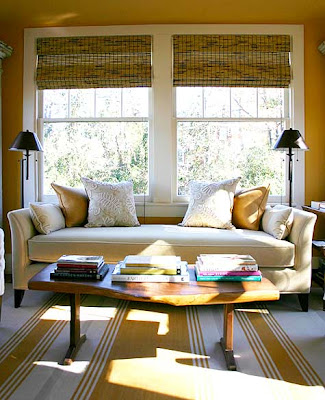 Apologies if you have already seen this on Design*Sponge or A Life's Design, but I came across these images again today and couldn't resist. This home belongs to Alan Henderson of Night Owl Paper Goods and Lindsay Bierman, the new editor-in-chief of Coastal Living magazine (both are based here in Birmingham).

I've had a school-girl crush on Lindsay since his kitchen was featured in Cottage Living (you can see a video tour here), so I nearly fell out of my chair at the chance to peek into the rest of his house. It has that mix of modern and sleek and vintage and slightly crusty that I find totally irresistible. 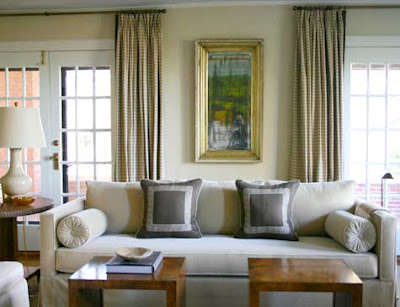 I love the use of shapes and textures in the living room. The square tape on the pillows echoes the pair of coffee tables, and the circles on the ends of the bolsters is repeated by the round table. 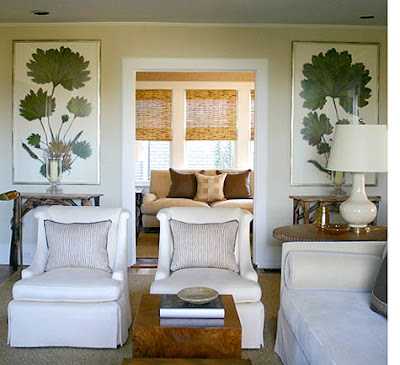 Lindsay was kind enough to reply back to the comments on Design*Sponge (hello, crush growing!) and let us in on the source behind these big, beautiful botanicals: They're from AllPosters.com! Can you believe it? Genius. 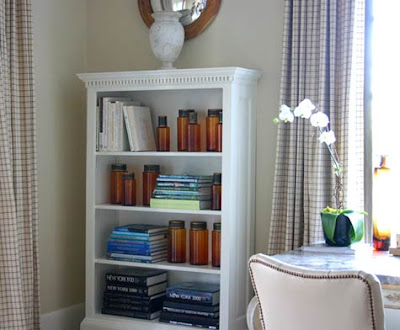 A collection of amber glass on a bookshelf (that's one of a pair) from Lindsay's college days. I love symmetry and pairs, and think they used just the right amount of both. Books grouped by color keep the shelf from looked cluttered. 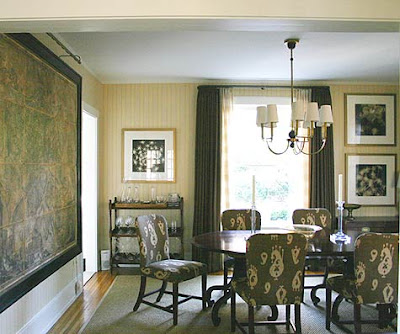 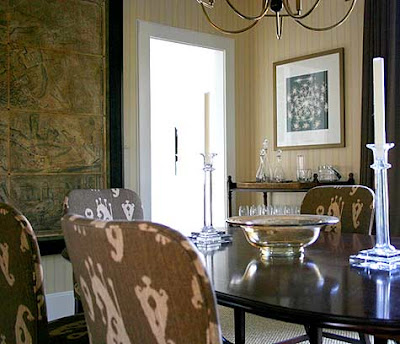 The giant map of Paris was put together and aged by Montgomery artist David Braly and the black-and-white photos are by Birmingham-based photographer Melissa Springer. 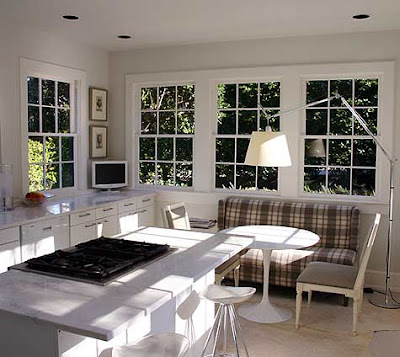 Here's the kitchen that started it all. You probably know that my taste tends to run a little more traditional than this, but I love the way quirky things (like the driftwood lamps and plaid banquette) stand out against a sleek background. 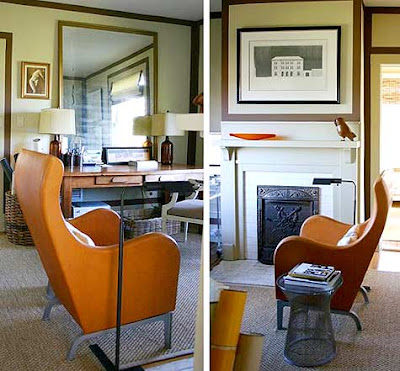 The office is quite sophisticated, but still comfortable. Amber glass appears again, this time on lamps made from bottles. I've been on an orange kick lately and that chair is fabulous! I love the way they trimmed the room with paint, too. Alan said it's a nod to David Hicks, and I've seen Stephen Gambrel do it a few times, too. 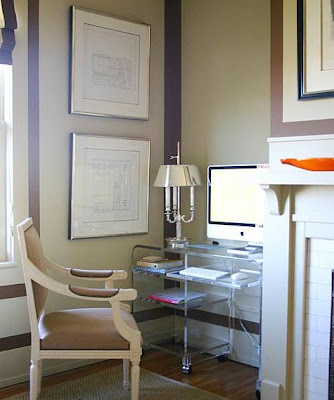 Again, with the mix! The Lucite desk totally disappears, which is probably nice in an office where things can get a little crowded. Our laptops are currently vying for space on Wes' desk, which looks lovely, as you can imagine. 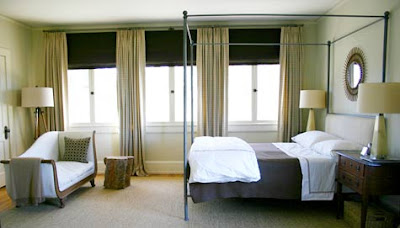 The bedroom is -- supposedly -- "not done." But personally, a Neirmann Weeks bed would be all I'd need to call it day. Thanks for sharing, D*S and Megan!
Posted by Jennifer at 2:06 PM

i am so in love with this home. do you remember when i posted it as being for sale? did they stay?

I. Cannot. Believe. those botanicals are allposters.com!

That's seriously amazing. Thanks so much for getting the scoop- and sharing it!

i love this house... thanks for sharing more photos! i just left you a little surprise on my blog to let you know how much i enjoy reading yours each day!

Love this house!!! Love all the touches (like the massive botanicals!!) & the wayyuo describe their style.

thanks for the sweet mssg today- you're giving me hope!!
xoxo