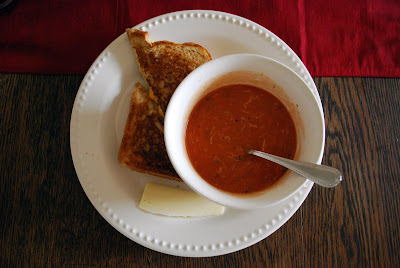 We're eleven days into the New Year; how are you doing on your resolutions? I admit, I'm off to a rocky start already! One thing I wanted to do in 2010 -- not so much a resolution, per se -- was learn more about and use my camera more. 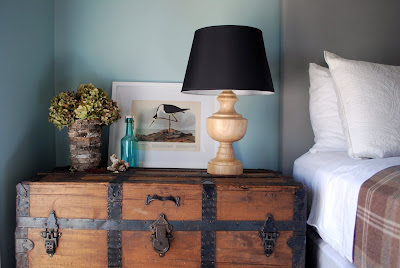 I planned to join this group on Flickr, until I read the rules and discovered that it is a self-portrait every day, not just a photo (I'm not-so-interested in self-portraits). I have been taking photos, though not quite every single day (battling what felt like the flu didn't help). 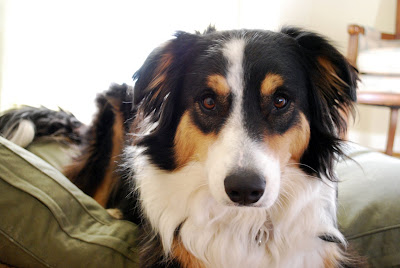 And now I have discovered this version of the project, so I'm trying to jump back on the bandwagon. 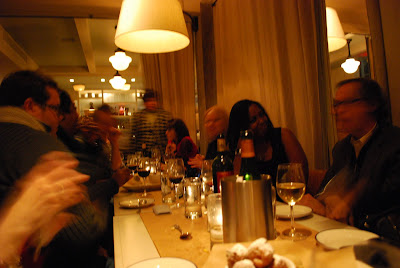 Eventually I'll get everything into Flickr and organized, but I'm also going to share my photos here on Mondays as sort of a week-in-review. 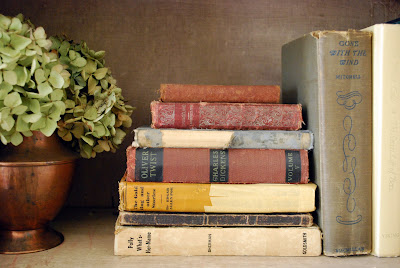 I'm sure there will be plenty of shots of boring things like old books on a shelf, and more than plenty of a certain mischievous Border Collie-mix. Hope you don't mind.
Posted by Jennifer at 10:22 AM

I just added you as a friend on flickr, I like your resolution- we enjoy seeing what y'all are up too!

If you want to learn more about photography, I SERIOUSLY recommend joining a site that is specifically for sharing your photos with other photographers. Eyefetch is one I used to belong to and I learned a lot there. There are all kinds of challenges and lots of people willing to give feedback if you ask for it. :)

That is an adorable dog! And a very good picture, too!

I'll enjoy seeing and hearing about what you learn. I just got a new camera and am also interested in photography as well.

That sandwich and soup, by the way, look amazing.

I adore your guest room... its giving me the much-needed inspiration I need to re-do ours! I'll be adding you as a flickr friend soon :)

I am so excited to see what you post. these look great. I can help a bit if you want. when kellen started it was 500 to 1000 pics a day, of course he wanted to go pro.

I think you pictures are lookin good! There is so much to learn about photography, so good for you!

Great pictures! I just bought my friends Nikon and I need to learn how to use it to its fullest! =) Can't wait to see more pictures. =)

Photography is something I would LOVE to learn more about, too! Right now my camera is a wee one, but maybe ...someday. Looking forward to seeing what you come up with. :) Oh, and old books are NOT boring...I have oodles of them! ;)

Your pictures are beautiful - can't wait to see more. (also, pictures of pretty books aren't boring! :) ). I'm doing the same thing on my blog (but on Fridays) - I can't commit to taking a picture everyday, but hope to capture the more "everyday"-type things about our life while getting better at taking pictures!

love this idea, good luck! i've had a nice camera for 2 years and still shoot on auto :(

I think that your pictures are already great - but I'm looking forward to reading more about your photography!

i love what you have posted so far. i definitely need to hone in on my camera skills as well. i know your photos will be lovely! and as for my new year goals; i am behind as well.

You've just inspired me to start playing with my D60 more, maybe doing a daily photo thing, as well. I received a new lens for Christmas, so that gives me some extra motivation, too. I'll be looking forward to your pictures, and I'll add you on flickr, too.

Devon -- that is totally tomato soup from a can doctored with some dried basil and cheese. Nothin' fancy!

Gail and Jen, glad you agree :)

Thanks for the compliments, everyone. Shooting in natural light is pretty easy, it's the low and artificial light that gives me grief (as you can tell from #4!).

Photography is something that I would love to improve. I loved spotting hydrangeas in your photo's - don't they just make the most perfect dried flowers?
Looking forward to your posts.
xx

I need to learn how to use my camera as well, what a good idea to join that flickr group! Thanks!!

i like the idea of taking photos of your lunch each day. i was doing this for a while then lost my momentum.

Tales Of A Fourth Grade Nothing

Thanks for sharing the Flickr group. I love the idea of posting pics as a review of the week. Great resolution that benefits all of us as well!

What a wonderful, and original, "resolution" idea! It feels doable and reachable. :) Good luck, and I can't wait to see the results of you using your camera more often!

I can't wait to see what you post. I love old books and esp love dogs!!

I have that same Gone With the Wind... Great junk shop minds think alike.

i love your pictures, but it is mean for you to show just little bits of what looks like fabulous rooms! ;)..i think we need to see the whole room!

I think these are great pictures!! Have fun playing around with your camera, and I can't wait to see more of your experiments with its different settings!

i save so many of your photos- you have such an amazing eye & style!!!!