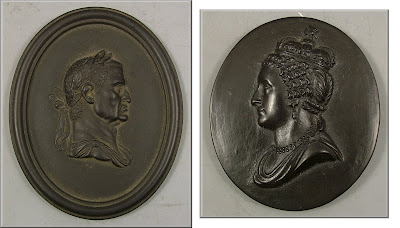 My weekly ebay search for "wedgwood basalt" led to another slight obsession, which has cropped up all over the place. There have been many listings of adorable intaglio-like medallions made by Wedgwood, mostly in the 19th century. I was heartbroken when I let the first batch go without so much as a bid, but every other week or so, another set is up on the auction block.

Most of them are of Roman characters (like Cicero), but this week there are three familiar British names (Elizabeth, Mary II and Edward IV). The past few sets have all been round, though I like I like the oval ones listed now better. 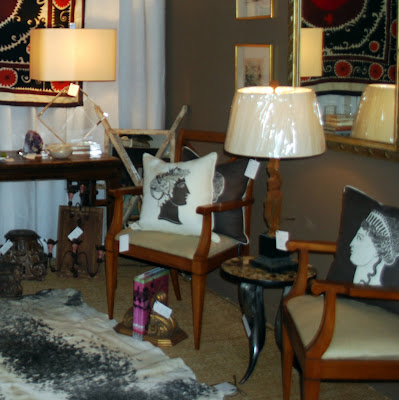 Last weekend while at the farmer's market, I popped into a couple of the antique shops that have a permanent home at Pepper Place (partly to dodge a rainshower, mostly because it's fun!). This booth had some great stuff, including these great pillows with busts of what look like Greek figures on them. They were black and white, with the reverse image on the backs. I think they are so cheeky! $75 seems a little steep, and this is the closest I could find on etsy. Anyone know of something similar? 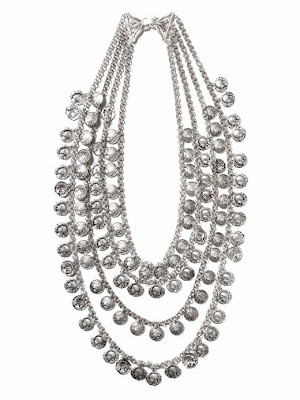 Then today, I came across the Coin Bib necklace at Banana Republic (there is a bracelet, too, though I don't see it online). It looked so great all disheveled on the mannequin.

Are you seeing these busts/medallions, too? Tell me about it! 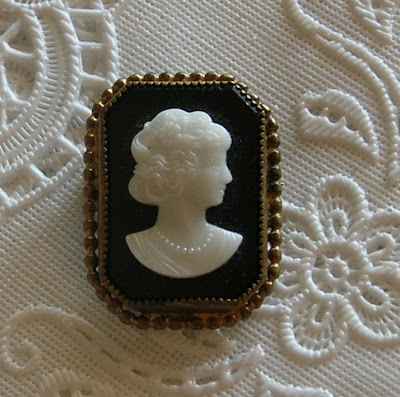 EDIT: Not five minutes after I published this post, a coworker came by and said she was looking for a black cameo for her mother's birthday. I'm officially smitten. This one (pictured here) is pretty, and I love this little ring!
Posted by Jennifer at 2:01 PM

I have been seeing quite a few busts lately. It may have even been in At Home or one of those shops.

i definitely have a thing for busts... i pick them up at flea markets/ thrift shops & put them everywhere... bookends, table centerpieces, outside, .. i think there's something quirky about them in a modern setting.. love them!!

those pillows are Thomas Paul- maybe you could find a deal online??